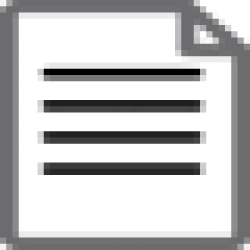 Promotion in Times of Endangerment: the Sign Language Act in Finland.

Promotion in Times of Endangerment: the Sign Language Act in Finland.

The development of sign language recognition legislation is a relatively recent phenomenon in the ﬁeld of language policy. So far only few authors have documented signing communities’ aspirations for recognition legislation, how they work with their governments to achieve legislation which most reﬂects these goals, and whether and why outcomes are successful. Indeed, from signing communities’ point of view, it appears most current legislation leaves much to be desired. One reason for this is the absence of language acquisition rights and the right to access services directly in sign language. This paper, through appealing to a critical language policy framework and employing principles of the ethnography of language policy, will illustrate this by critically analyzing the ambitions and motives, as expressed by the Finnish Association of the Deaf, for a Sign Language Act in Finland. It also compares the situation of signers in Finland with that of the Sa´mi, the other minority group mentioned in the constitution with designated language legislation. The ﬁndings suggest that the Act is innovative and internationally unique in different aspects but does not reﬂect FAD’s most important pursuits, and is very different from the Sa´mi Language Act. An exploration of the reasons behind this difference, which makes Finland’s sign languages both promoted and endangered, can make signiﬁcant contributions to the ﬁeld of sign language policy butalso to the wider (critical) language policy ﬁeld.