by: Michele Castiglione  ISLA, Siena (IT)

The first Italian research on LIS (Italian Sign Language) was started in the 1980's at the Institute of Psychology in Rome (now the Institute of Cognitive Sciences and Technologies) of the National Research Council. These investigations resulted for the first time in a description of the most general characteristics of the structure of LIS, including its lexical, morphological and morphological-syntactic structures. The research work, since its inception, was conducted in close collaboration between both hearing and deaf people, each with different but complementary skills.

During this period, Virginia Volterra's "pioneering" research on sign language intersected with the curiosity and interest of Serena Corazza, who then continued to deepen her linguistic studies at Gallaudet University in Washington.

For all, including researchers and those who already knew and used LIS, these first research projects led to the awareness of LIS as a language in all respects.

In 1992 the first bilingual dictionary of LIS was published, edited by Elena Radutzky.

The last 39 years mark a watershed in the training of sign language teachers, with a before and an after in the training methods that have much changed, especially because of the results of scientific research.

Before this time, the teaching was based mainly on a "word-sign" lexical approach. The teachers did not possess or follow a true methodology. In this sense, the teaching work was limited to imparting some notions.

Once research on LIS had begun, it brought a lot of attention to the teaching of it. At first, some seminars and short intensive 2/3 day courses were organized, focusing on teaching methodologies, then eventually the first courses entirely dedicated to teaching teachers were organized. The number of hours that theses courses necessitated increased as we see in today’s courses.

Currently, discussion forums are much used as a tool that encourages comparative dialogue between LIS teachers. 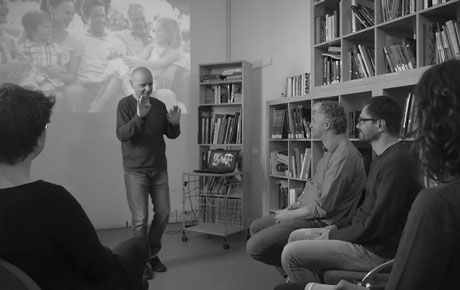 Teaching programs vary depending on the type of activity, the needs of the target group, and the objectives to be achieved. There are several forms: from awareness-raising courses that provide generic and basic information, to programs that consist of a short module focused on specific and sectoral language, for example for the police or for people who want to set up a service counter for deaf individuals.

The most popular model of LIS courses is one that is divided into three levels of teaching, although recently a small Roman association, in line with the results of scientific research, has introduced a fourth level of teaching. However, this is a unique approach which is not yet widespread at the national level.

The textbook used by the teachers for the three levels of instruction is that of the "Metodo Vista", which also has workbooks for students for all three levels.

Many courses consist of two lessons per week, with the majority of hours devoted to teaching sign language and a small part focusing on the more theoretical subjects of Deaf culture, history and linguistics, gradually increasing with more specific and detailed information as the level of instruction goes up.

Another type of program is the one used for intensive courses: in these cases there are daily lectures with a greater number of hours, always structured according to the Metodo Vista, with the exception of on-line instruction (which still requires a certain number of in person contact hours) structured according to the Metodo C'E', the teaching model most popular in Turin.

There are very specific teaching situations, such as those taking place at Universities where the duration and content of the lessons vary according to the programmes, from the courses for communication assistants where lessons are mainly focused on theory and useful techniques in educational or school contexts, to programmes for interpreters in-training, that focus on techniques of interpretation and an in-depth study of linguistics.

According to the national register, there are hardly more than 100 teachers of Italian Sign Language, but there are many other teachers who, although not included in this list, carry out teaching activities. The overall number of sign language teachers fluctuates between 150 and 200.

For many of them, the teaching is not their main paid job; this is often something totally different.

Italy is still awaiting a law on the recognition of the Italian Sign Language. It is therefore difficult to predict the consequences that a LIS recognition law would have on LIS teaching because it will depend on the content of the legislative text, whether or not it would be possible to create and encourage scientific research and teaching.

Despite the legislative vacuum, in fact, the teaching of LIS is already present in some Italian universities and several linguistic research projects have been launched. 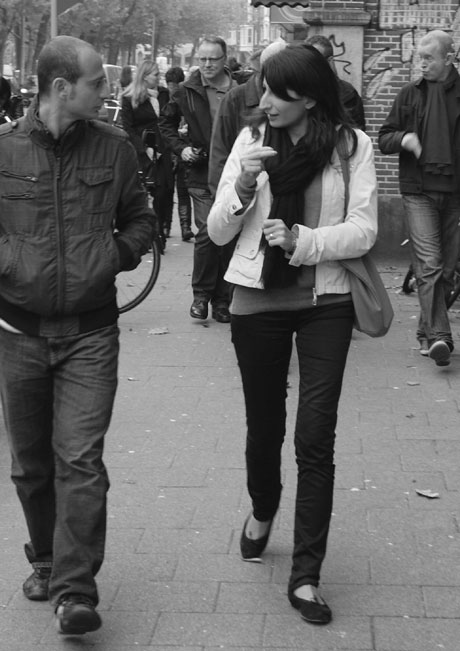